We left the Dead Sea hotel this morning, making our way to Jerusalem. Our word for the day was Promises.

Our first stop was Ein Gedi. This is where David hid from Saul (1 Samuel 23:29). The first thing we spotted was some ibexes laying down in the sun. You can see the Dead Sea on one side and mountains on the other with a patch of green and a waterfall. It was amazing to see this area where David would have hid in the caves. He had a fresh supply of water amongst the rocks. 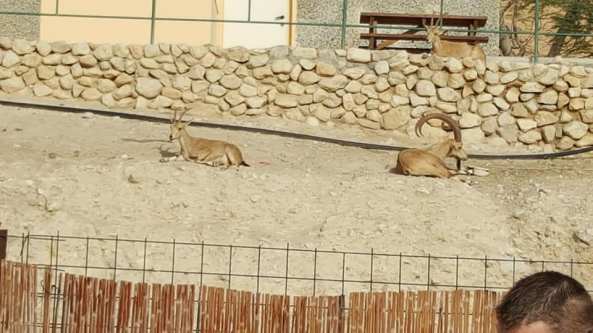 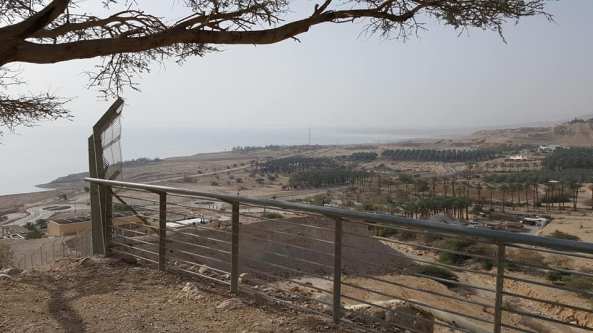 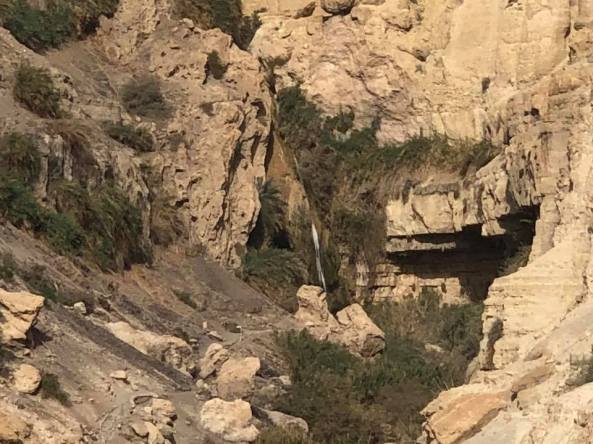 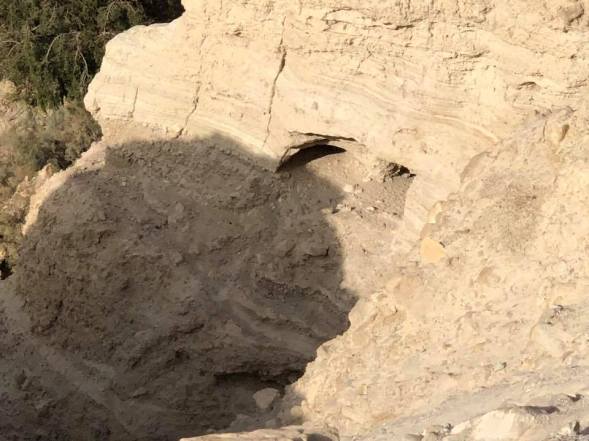 Our next stop was Jericho. Jericho is the oldest city in the world. This was the first city that Joshua and the children of Israel conquered. The walls came tumbling down. They have excavated enough of it that we can see the old city walls. 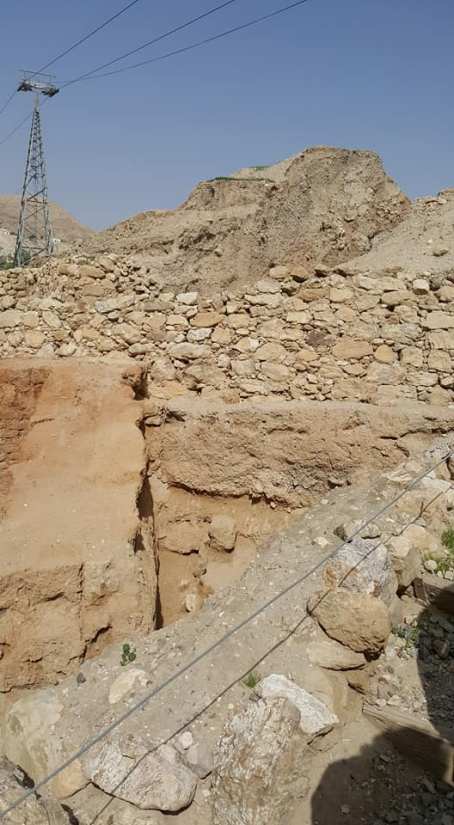 As our journey continued, we climbed to the top of another mountain to see the Valley of Death. Here is what Mike had to say about it.

On day seven, after leaving Jericho, we drove up the mountains to the west headed to Jerusalem. I found it interesting that if you go to Jerusalem from anywhere in Israel, you have to go up. We drove up the mountain range, but one thing that was also interesting is these mountains were not like any that I have ever seen. There were no trees and very little vegetation at all. It was very rocky and a deep valley beside us as we drove up. When we stopped about halfway up, we stopped and had a devotion. Eric Sutton told us this was known as “The Valley of the Shadow of Death.” Then he pointed out to our left there was three cities he said look at the one in the middle way off in the distance that is Jerusalem and down the valley to our right was Jericho, the Jordan River, and the Dead Sea. That was a very emotional moment for me, seeing Jerusalem for the first time. Its hard to explain how seeing places in Israel affects you because you realize where you are and the things that happened in that place. The thing that made it real for me at that moment was listening to Eric describe where we were. I thought of David walking through that valley and God leading and protecting him from all the bad things that could have happened to him. From animals or thieves attacking him. Then in Psalm 23:6, I think David looks back and realizes how God leads him and when he follows the way God leads things went well for him, but I think that maybe when he didn’t follow, God showed him mercy. That made me think of my life. When I follow God’s ways, things seem to go good and when I don’t God still Loves me and shows mercy to me. I was overwhelmed with God’s love for us even when we aren’t following him. 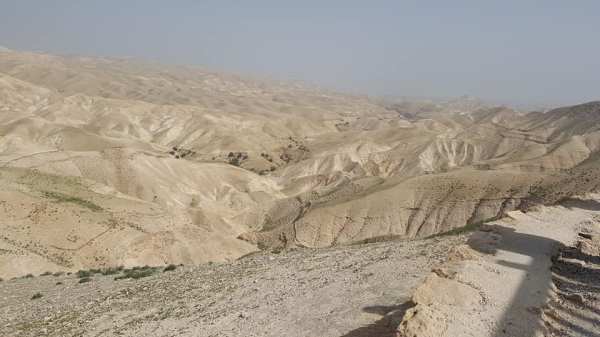 Our next stop was lunch. We went to Abraham’s tent. Some of us rode camels up to the tents and others rode back down after lunch. I almost took a nose dive off the front of the camel. So much fun! Lunch was really good. 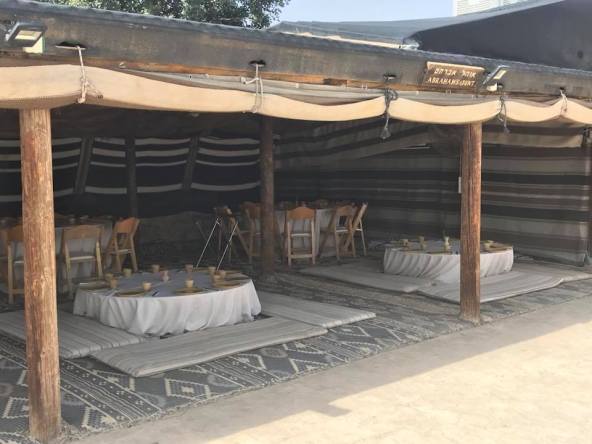 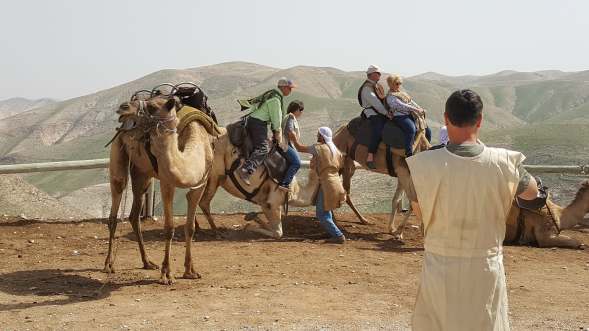 We drove to into Jerusalem stopping at the Mount of Olives. It was amazing to look across and see the Temple Mount. How often did Jesus look across this same view? 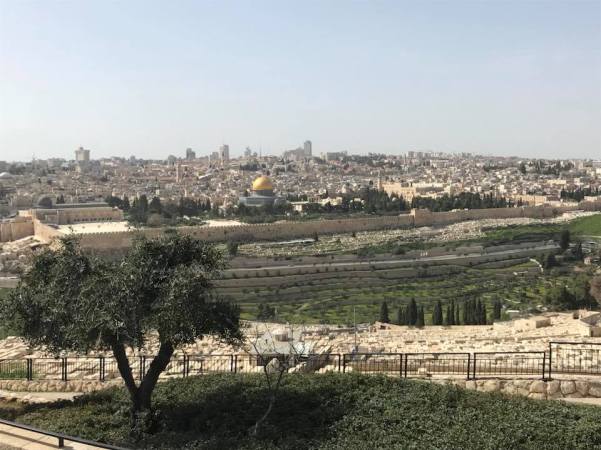 Our next stop was the Israel Museum. They had a full model of what Jerusalem would have looked like. It was amazing. We also saw the Dead Sea Scrolls. 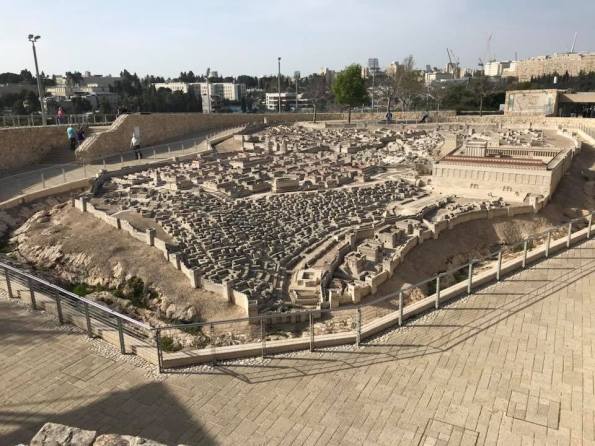 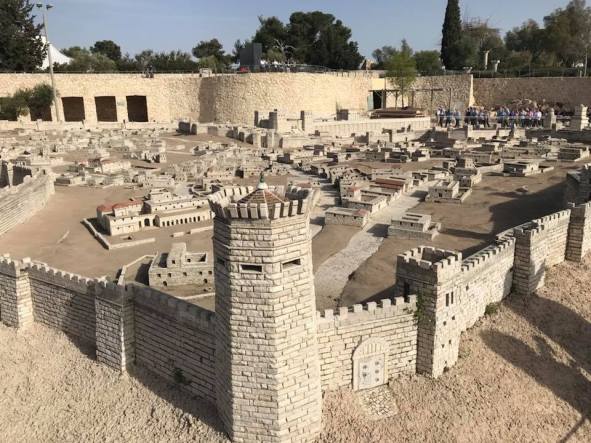 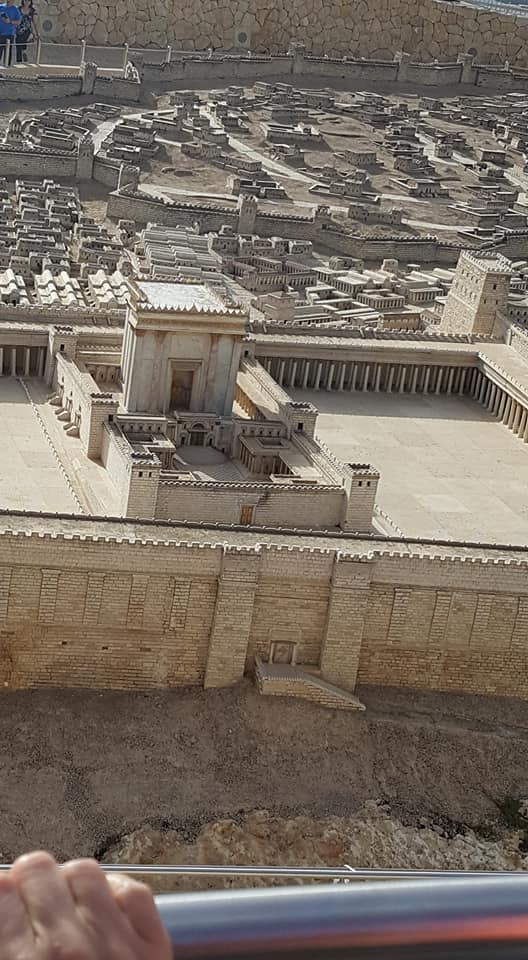 Next, we went to Yad Vashem, the Holocaust museum. There were many memorials recognizing those who helped the Jewish people during this time. The memorial that had the biggest impact on me was the one for all the children killed. You walked into a dark room that had candles and mirrors. It was beautiful to see but crushed my heart to hear the names of the children being read. We could not take any photos.

After dinner, we walked down to the Western Wall. There were so many people at the wall praying. We also saw the Golden Menorah they have prepared for the temple. After 16,360 steps, we collapsed for the night. 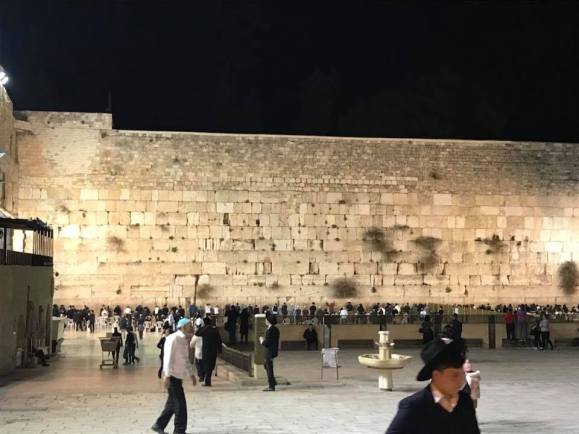 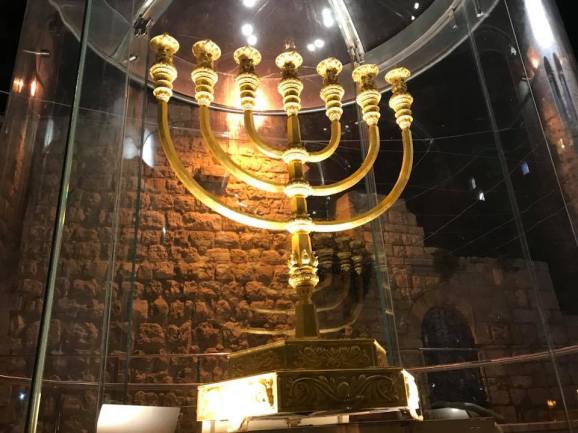 Thank you, Mike (in blue letters) for your input on this day. 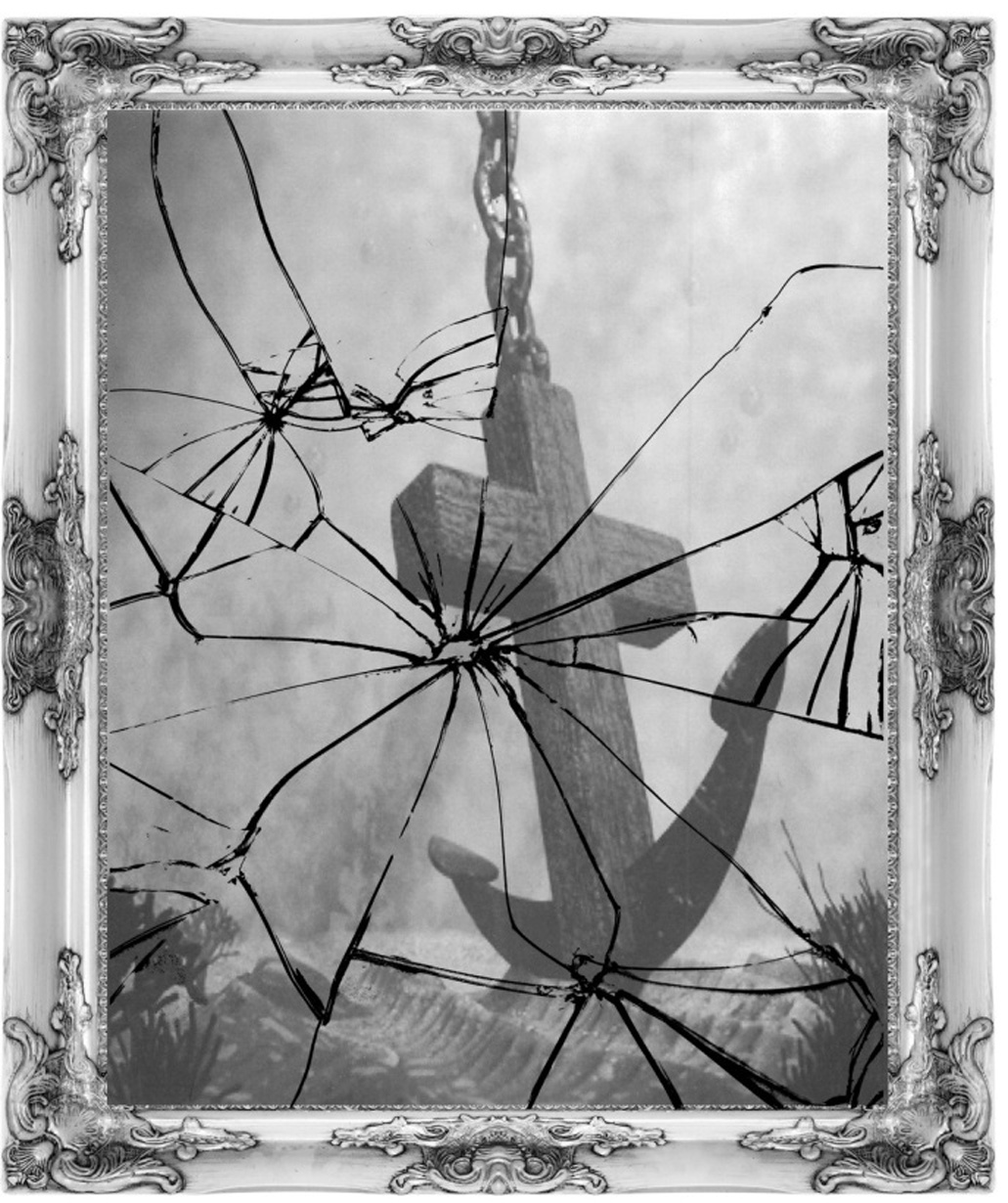